During assemblies this week, we celebrated Remembrance. It is 75 years since the end of WW2. Remembrance Sunday is a day to remember the sacrifices made by members of the armed forces and civilians in times of war. We are reminded of the importance of peace and the need to work together to keep it. During WW2, 400,000 British and Commonwealth forces died. We also celebrate the people who came back from the war, as well as those who worked so hard to rebuild our country afterwards.

In the assembly, I spoke of the idea of service and sacrifice—what this means during the time of war and what it means for us today. During the coronavirus pandemic, as in WW2, many people offered their services to help others and bring about relief. We think of the teachers looking after key workers’ children in lockdown, nurses, doctors, armed forces and the community volunteers who helped at food banks. Those serving are generally more at risk and exposed, even with PPE equipment. I am sure many of you have had direct experiences of these dangers via your family or friends. During the war, people offered their services and worked for the local community, often putting themselves in harm’s way. They had to leave loved ones behind to go and fight and defend freedom for everyone (volunteers, Armed Forces, Medical staff) fighting on the frontline with the risk of being killed (Armed Forces). Some sacrifices were more significant than others, but they all played a part in defeating the enemy and winning the war.

During COVID – 19, helpers such as foodbank volunteers and NHS volunteers, have faced danger to help others. They have put themselves in danger on behalf of their communities and their country.  Our NHS workers have made huge sacrifices by leaving loved ones to live alone in special accommodation to protect their families from catching the virus. They put themselves in danger every day by working directly with people who have contracted the virus or through medical research and trying to find a vaccine. 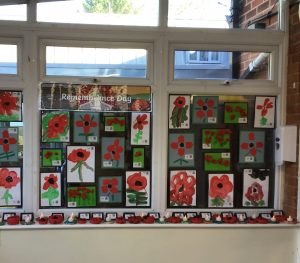 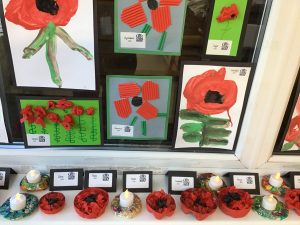 Where Next
Headmaster's Blog

The concept of Ubuntu

A rather unusual newsletter

Having written their own weather reports in geography lessons, Y2 spent this week perfecting their presentation skills. There were some fantastic yet terrifying forecasts predicted! Watch out @bbcweather -you have some stiff competition from St Aubyn's! #bravelyfaithfullyhappily https://t.co/TQ9sxw27Je